BSP brackets for curtain walls are made of aluminium alloys EN AW 6060 T66 and EN AW 6063 T6. Brackets are characterised by relatively high strength due to the thickness of the base (8 mm) and arms (6 mm).

BSP K1 brackets are double T-shaped elements that are standard solution used to fix aluminium curtain walls. BSP K2 brackets are used in corner and dilatation areas. Their asymmetrical shape makes it possible to fix them on one side of dilatation or far enough from corner or edge of the wall. Both types come in fixed and sliding versions. Fixed brackets have two slots: rounded with 11 mm diameter for a load-bearing fastening with an M10 screw and an elliptic long hole  for temporary fixing, adjusting outreach and leveling facade. Sliding brackets have elliptic long whole 11 mm wide for a sliding fastening with an M10 screw that allows expansion of aluminium. On request brackets can have different slots depending on the project and calculations.

A non-standard solution for fixing curtain walls is to use BSP K3 brackets. Unlike the brackets described above in case of K3 brackets curtain wall framing members are slid onto the bracket and therefore enables facade to be installed on perpendicular slabs.

BSP brackets should be installed in accordance with the workshop design prepared by engineers and designers with sufficient knowledge in the field of construction and building. The layout of the structure and the spacing between the elements (strength and resistance of the entire system) should be confirmed by the static calculations prepared by the engineer with qualifications in the filed of construction and building.

Solutions for façades that fit this system:

Fastening systems available for this system:

Panel types available for this system:

Products available for this system: 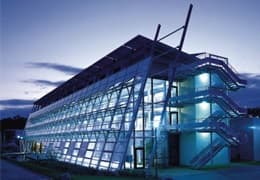